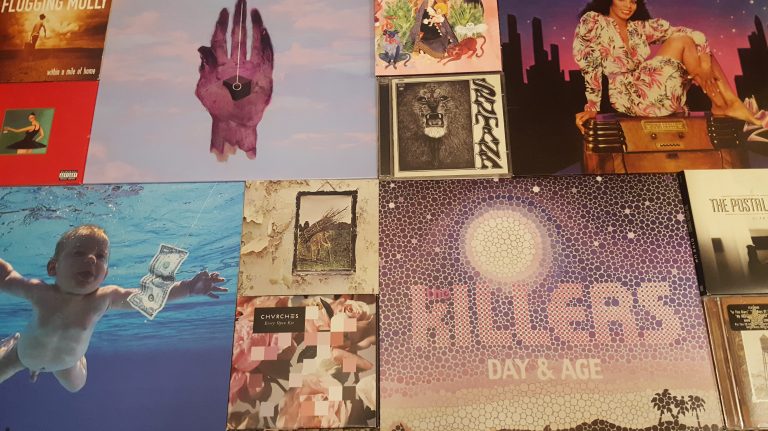 Have you ever been in a situation where you would be allowed to listen to music, but you wouldn’t be able to change or shuffle through the songs after selecting an album? For example, have you ever ridden in a car that didn’t have bluetooth or an auxiliary cord, rather than listen to the radio, you could pop in a CD (or tape) and just let it play as you rode? What album is your go to? Are there albums that no matter the situation, you could throw it on, let it play, no pushing next, and you’ll just enjoy what you’re listening to?

I sat down and thought, what are those albums for me? There are albums with a number of single songs that I could listen to, skip around, and still enjoy, but what are the albums I could throw on during a run and just let play? The albums that go beyond single song hits. The albums I love from top to bottom, and also through the years shaped my taste in music.

These are my top 10 favorite albums ever in no particular order (part 1 of 2):

Santana by Santana – 1969 – From the opening drums of “Waiting” to the final almost “jam session” like “Soul Sacrifice”, Santana’s debut album makes me feel like dancing. The talent in this group can’t be understated. Everyone always points to the guitar work of Carlos Santana, but every song is an example of musicians playing and riffing off of one another almost symbiotically. I always play this album when I’m in the kitchen. It motivates great food (haha).

My Beautiful Dark Twisted Fantasy by Kanye West – 2010 – You have to separate the artist from the art they create. Setting aside Kanye’s current rhetoric, this album to me was incredible. When I listen to this album, I think “Where can an artist go from here?”. The album has moments. It’s like watching a movie or reading a book. Each song is a punctuation in a story with songs that are political, empowering, and memorable. It’s hard to believe a person who ended an album with a spoken word piece by Gil Scott-Heron (“Who Will Survive in America”), is on television being the person he is now, but I guess 8 years is a long time.

Worlds by Porter Robinson – 2014 – There are few dance music albums I’ve heard that when listening to them I think this surpasses that genre and is just something fun. I’ve heard a few that have great songs that played alone are great representations of an artist, but this album from top to bottom has songs that make me feel like I’m watching a pseudo “Studio Ghibli” film. As time goes on, I think this album will pop up more and more throughout pop culture, but for now it’s something those in the know can really enjoy.

Dark Side of the Moon by Pink Floyd – 1973 – When talking about this classic album, the first thing reviewers point out is the production. It stands as one of the most well produced albums of all time. What I think isn’t discussed often enough are the lyrics. This album for me is a meditation. Songs like “Breath in the Air”, “Time”, “Us and Them”, among others are just profound. This is one of those few albums you could listen to, meditate on the words, and hopefully pull a lesson from.

So Long Astoria by The Ataris – 2003 – When I was growing up, if an artist had a hit song that you loved, you had to buy the full CD from a store, and when you played the CD you had to just skip around the CD until you found the song or songs that you bought the full CD for. The Ataris had a hit with their cover of the song, “The Boys of Summer”. I bought this CD for that song and I vividly remember during a road trip just letting this CD play through. I loved it. It was fast and as a teen when this CD came out, the lyrics spoke to me. It was the pop punk sounds of The Ataris that got me into punk music. You always remember the album that introduces you to one of your favorite genres, and this was that album for me. I suggest checking this album out just to experience that early 00’s pop punk feel. (haha) 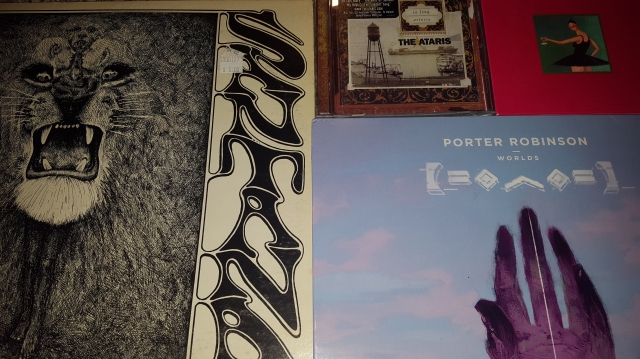