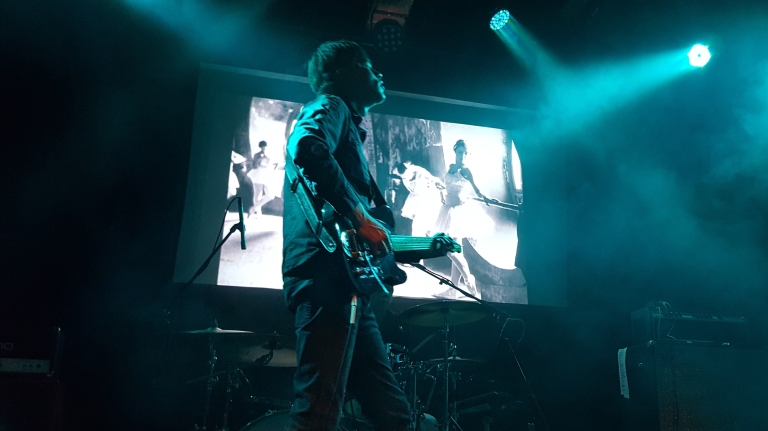 If I were to describe the music of The Ocean Blue, I would say their sound is timeless.  Albums that came out when the band gained acclaim in the early 90s, still sound as fun, light, and relatable today.  Even their most recent albums, sound distinctly Ocean Blue but fresh.  As if to say we’re still the band you fell in love with but we have songs for the another generation of fans to enjoy.  It’s this appeal that really defined the audience who attended the show at the Crocodile that night. 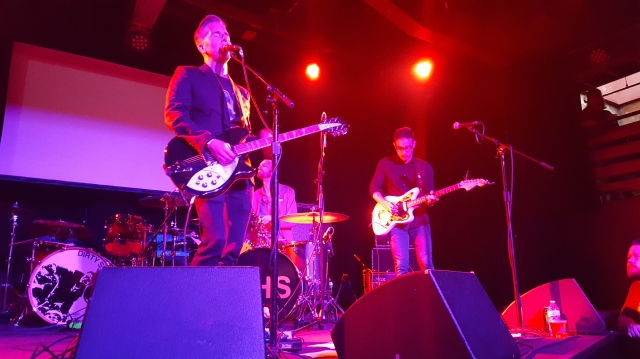 The National Honor Society
The first band of the night was The National Honor Society (above).  This was great light hearted rock to open the show.  The music felt like pop rock but with a little more of an edge during a handful of songs.  After the show I mentioned to my younger cousin that I had seen this band perform live and her reaction was, “I saw them a few years ago when they opened for the Jonas Brothers.”  I enjoyed their set and the lead singer mentioned the release of a new EP which I might check out.

The Ocean Blue
Having never seen The Ocean Blue (above) perform live but being a fan of their music, watching them perform live you realize very quickly, they sound as great as they do on their albums.  Most impressive was the ease lead vocalist David Schelzel sang each song.  His voice was as soothing as it sounded in their recordings.  The set list included many fan favorites like “Between Something and Nothing” and “Ballerina Out of Control”, alongside songs which showcased their talent like “Sad Night, Where is the Morning?”, “Cerulean”, and “Mercury”, and new favorites like “Kings and Queens” from their latest album.  The performance enthralled the crowd, singing and dancing along with the band.  The visuals added another element to the show.  Displaying behind the band were art pieces, slowed down visuals of clouds, chemicals and other vistas, and also clips of some of their music videos.  I loved the homage to Seventh Seal.  I really was impressed by the performance and would definitely see them again.  I have to give them extra props for the cover of Joy Division’s “Love will Tear Us Apart”.

The Ocean Blue is one of those bands who’s sound I believe could fit in today’s modern dream pop pantheon.  Their body of work and the performance I saw, shows a veteran band that sounds like they could hang with modern dream pop acts like Alvvays or even Beach House.  What I loved about being in the crowd at that show, although it did skew older, there were still a number of younger fans mixed in.  The Ocean Blue feels like a band that has an appreciation for and draws inspiration from art, and they create music that carries those sentiments.  That’s the kind of music I would like to see passed on for other generations to enjoy.  Music that spreads those feelings of inspiration, and that’s what The Ocean Blue accomplishes.